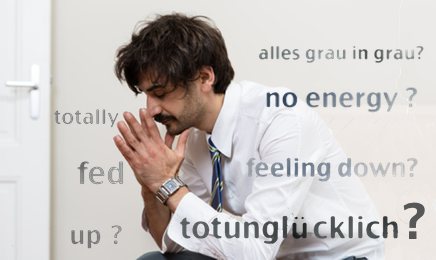 Do you feel totally drained? No joy? Depressed?… and you don’t know how to proceed at the moment?

I am happy to help you understand how you are feeling and enable you to move your life into a better direction.

I offer flexible treatment to combat depression, which is oriented towards your needs.

You can contact me without obligation at any point to discuss with me how to proceed.

More than 15% of people suffer at some point in their lives from depression. The symptoms are varied and can be very different in different people. People with depression are often sad, …. and lack drive and retreat from relationships??. Sometimes depression expresses itself more through somatic symptoms and the psychological suffering may first of all be understood more as a result of the symptoms, although a treatable depression lies in the background. 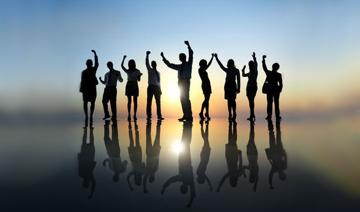 Typical Symptoms can be put into 4 categories:

Behavior: Reduction of activity, neglect of oneself or duties, social withdrawal, difficulties coping with everyday tasks

The reasons for, like the symptoms of, depression can be various. Usually it is various factors that come together and lead to the development of depression. These factors can be separated into two categories: triggers and vulnerability.

It is usually easy to understand the triggers, since they have a clear temporal relationship with the development of depression, e.g. loss of a job or an important relationship.

Vulnerability refers to background factors, which make it more likely for someone to react with depression rather than a temporary phase of sadness. Possible factors, which play a role in our vulnerability are negative thought patterns or difficulties fulfilling important emotional needs such as meaning of life, social contacts or a partnership. Since these background factors have often existed for a long time in advance their relationship to the development of depression is often less clear. But working on these factors is extremely important for the long-term success of therapy.

When looking for the key to successful treatment of depression, it is necessary first of all to develop an understanding of the triggers and one’s own vulnerability. The therapy dialogue and your personal systematic observations between therapy sessions will sharpen your perception for central difficulties such as self-harming thought and behavioral processes. An important part of therapy is the recognition of these patterns as the result of less than ideal circumstance during your development since it is an important …. of behavioral therapy that everything we learn fulfills a positive function at some point in our lives. The problem is that most of our reactions come automatically and are therefore inappropriate for our later situation in life and can even harm us.

In the further course of therapy the development of positive alternatives plays an important role. The length of this phase depends on how many and how deeply rooted the harmful patterns are. It is our task to ensure that the positive changes take as strong a hold as possible so that we go beyond developing insights and develop healthy alternatives, which grow stronger and themselves begin to become automatic to ensure depression is prevented in the future.