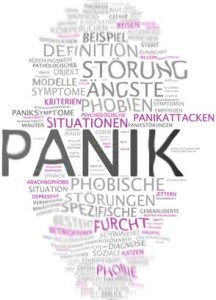 Sometimes anxieties can become so strong that it can seem like you are going mad. It may be uncontrollable ruminative thoughts going round and round in your head or perhaps panic or nervousness about various physical symptoms. Perhaps you are even losing confidence in your own body and don’t understand what is going on. Many people have problems like this – anxiety disorders occur in roughly 15-25% of all people at some point in their lifetime.

Psychotherapy can help you to understand your anxiety symptoms and the vicious circles you may be stuck in. On this basis we develop effective strategies step by step.

You can get in touch with me with no obligation at any time to talk to me about how your symptoms can be dealt with.

Anxiety as a survival mechanism

It is fundamentally important to distinguish between anxiety and anxiety disorders. For human survival it can even be extremely important to react with anxiety in dangerous situations. Fear prepares the body for escape and therefore has a very important function. Anxiety itself is therefore not a disorder or disease. 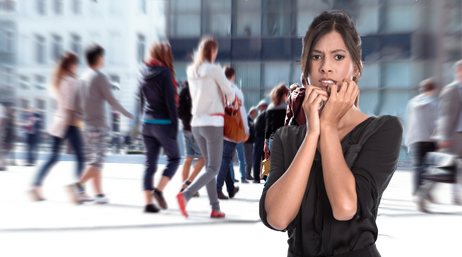 For the fear to be classified as part of an anxiety disorder there is no actual danger. The body is preparing to escape from danger when there is no real threat.

Fear plays a role in most psychological problems but beyond that there is a number of clearly defined anxiety disorders, to which the following belong: panic disorder, generalized anxiety disorder, post traumatic stress disorder, obsessive compulsive disorder, agoraphobia, social phobia and other phobias (e.g. fear of sharp objects, heights or flying etc.). A common reaction is to avoid the situations connected with anxiety, which can ultimately involve a large restriction of life quality. In the long term, depression often results from these restrictions or people turn to alcohol or other drugs to try to get control over their symptoms. It is therefore useful to get help for an anxiety disorder as soon as possible to reduce the chance of further problems arising.

Cognitive behavioral therapy has a range of effective therapy methods. All techniques involve some form of contact with the triggers for the anxieties with the goal of gradually developing more freedom when dealing with the situations and the restrictions in your life. The basis for every treatment of an anxiety disorder is firstly a broad understanding of how the symptoms work and which other areas of your life are connected to them.

During my time in the Tagklinik Westend, Munich, and afterwards in out-patient therapy I have worked with many clients with anxiety disorders and helped them greatly reduce or even eliminate their symptoms.